Building a Culture of Mental Health for Black Men and Boys, One Barber Chair at a Time

Lorenzo Lewis is on a mission to transform how Black men think and talk about mental health. The epicenter of his grassroots movement? Barbershops, which serve as important gathering spots and safe havens in many Black neighborhoods. In barbershops across the South and Midwest, Lewis leads frank discussions about mental health, including his own depression, anxiety and experiences with trauma. Through The Confess Project, which Lewis founded in 2016, he also trains barbers to become mental health advocates and be on the lookout for signs of mental health struggles. Since the inception of The Confess Project, the program has trained more than 140 barbers and reached more than 15,000 individuals across the country.

As a company committed to reducing the stigma of mental illness, Lundbeck is a proud supporter of The Confess Project and recently hosted Lewis for a conversation about racial disparities in mental healthcare, stigma in the Black community and his passion for improving the lives of people affected by mental health conditions. Here, we share his story and the powerful impact of The Confess Project.

The odds were stacked against Lorenzo Lewis from the start. His mother was incarcerated at the time of his birth and he came into this world in a New Jersey prison. He struggled with depression and anxiety at an early age and spent time in a behavioral health center when he was 11. By 17, he was involved in a gang and an altercation landed him in a juvenile facility.

While incarcerated, he resolved to change the trajectory of his life. He accepted his mental health issues as a part of his identity, rather than ignoring them or trying to “tough” them out. He tells people that mental healthcare and therapy were critical to turning his life around. “By going to therapy, I began to win in life,” he explains.

He also tapped into a broader support system, returning to the one place where he always felt understood and supported: the barber’s chair. Lorenzo’s aunt, who raised him, ran a beauty salon in the heart of a Black neighborhood in Little Rock, Ark. The salon had one barber, a kind, older gentleman who provided guidance and encouragement to young Lorenzo. “The salon was where I got my cup full to go forward and do great things,” he recalls. “Visiting with that barber, knowing he believed in me, and seeing how the other ladies and stylists there lifted each other up played a big role in my life.”

Identifying gaps in the system
Lorenzo went on to graduate from college and obtain a master’s degree in Public Administration. He pursued his dream of serving young people with mental health challenges and worked in a behavioral health facility for 9 years. The work was meaningful, but it was there that he began to notice gaps in the mental healthcare system, particularly for Black men. “I started to see that it was unrealistic to hope people would go home to flourish if we didn’t acknowledge all the systemic barriers to mental healthcare,” he says. “We ask people to continue their recovery, but maybe they don’t have food in the house, maybe they can’t pay their bills, and maybe they don’t have support or anyone to talk to once they return to the community.”

In communities of color, we don’t talk enough about mental health. And when we ignore these issues, they can become a catastrophic experience.

He also came to believe that some people could avoid serious mental illness and the need for in-patient care if they had earlier access to treatment and more community resources. “In communities of color, we don’t talk enough about mental health. And when we ignore these issues, they can become a catastrophic experience,” Lorenzo explains.

According to the American Psychiatric Association Foundation, only one in three Black or African American adults who need mental healthcare receive it. 1 Yet Black adults in the United States are more likely than white adults to report persistent symptoms of emotional distress, such as sadness, hopelessness and feeling like everything is an effort, according to the Health and Human Services Office of Minority Health.2 “If we can get people to open up and we can connect people to care, maybe we can change lives,” Lorenzo says.

Starting Conversations in the Shop and Beyond
From that initial vision was born The Confess Project, an organization and movement designed to build a culture of mental health for boys, men and their families. Based on his own experience in his aunt’s salon, Lorenzo knew the setting for his movement had to be barbershops. “What better place to make those connections and foster those relationships, because that’s where people are and that’s where people already feel comfortable,” he says. Since founding The Confess Project in 2016, Lorenzo Lewis and his programs have reached more than 15,000 individuals.

Through their programs, Lorenzo and a small team provide in-person training and online education and materials to barbers, community organizers, mental health professionals and educators. “Our movement is based on giving power to those on-the-ground heroes and she-roes doing the good work, helping individuals have a better life trajectory,” he says. The program is now in 14 cities and growing.

Lorenzo recalls one young man who came into contact with The Confess Project through a training session at a college. He was struggling with grief and personal trauma, and he was on the verge of dropping out of school. Advocates helped connect him to a program that helped him obtain medication to treat his depression for no cost.

His story illustrates an important aspect of the program, according to Lorenzo. “People might think they don’t make enough money to afford therapy or medication, or they can’t miss work to get mental health treatment,” he explains. “Part of our curriculum is making sure people understand there are a lot of opportunities to access care. These things just aren’t being talked about, and so we’re bringing it to the forefront.”

Going forward, Lorenzo plans to continue his work empowering the Black community with resources and education to combat the stigma of mental illness. He says he’s grateful for partners like Lundbeck that recognize the need for this effort. And he hopes that someday soon conversations about personal struggles and emotional challenges will no longer be taboo for Black men and boys. “The name The Confess Project speaks to people releasing and becoming a better version of themselves,” he explains. “When you confess, you do become your best. Regardless of where you are in life, when you confess to those things that have been holding you back, whether it’s trauma or depression or addiction, you will be on a better trajectory.” 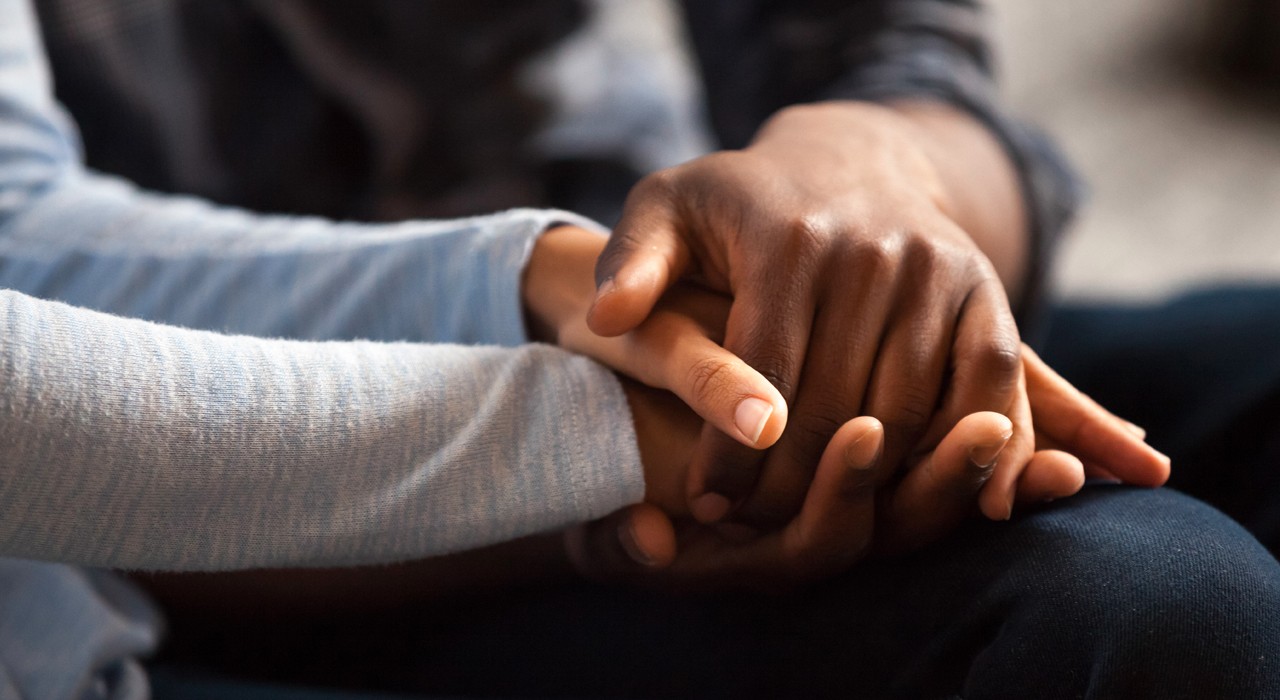 Perspectives
On World Suicide Prevention Day, We Make a 365-Day Pledge to Fight Stigma and Promote Mental Health
By Doug Williamson, MD
Dr. Williamson, a psychiatrist and our chief medical officer, shares how we can all play a role in suicide prevention.
0